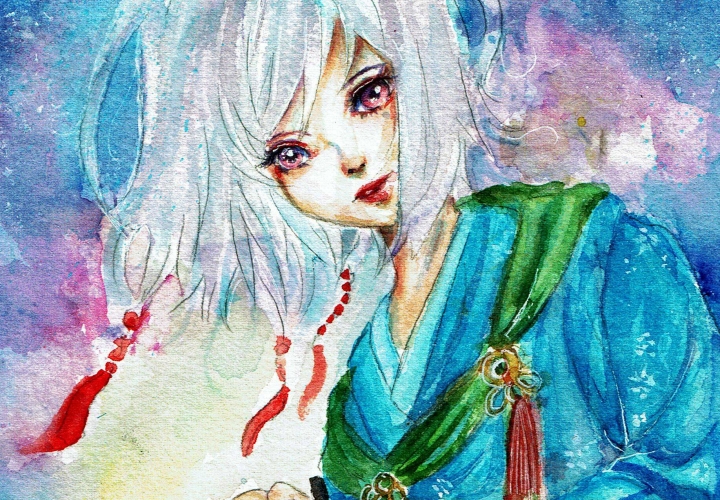 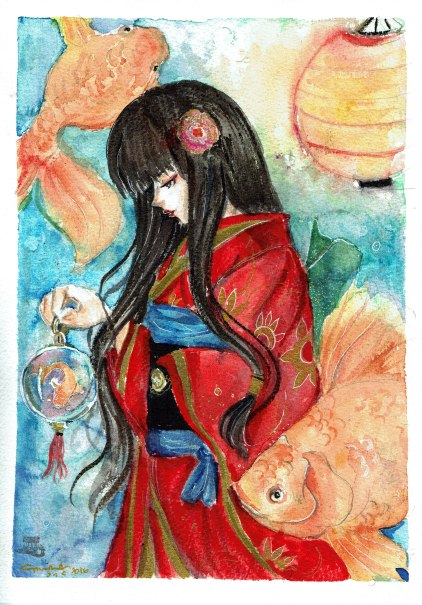 I have been sick the past week so forgive my absence. But in my absence, I was very productive with studying watercolors.   This painting, Kingyo (Goldfish) was long coming. It was a concept from way before which I didn’t know if I had the skills or the guts to do.

The concept is a Matsuri/ Japanese festival where the girl won a goldfish. And I had some idea of goldfish swimming around her playfully as she recalls the memory of how she won her trinket. I wanted to do playful primaries. I did this on Arches Hotpress and I loved the experience

I want to redo the concept to make the kimono prettier  and the goldfish brighter. I also can’t decide on which scan to use since the scanner kills my colors. 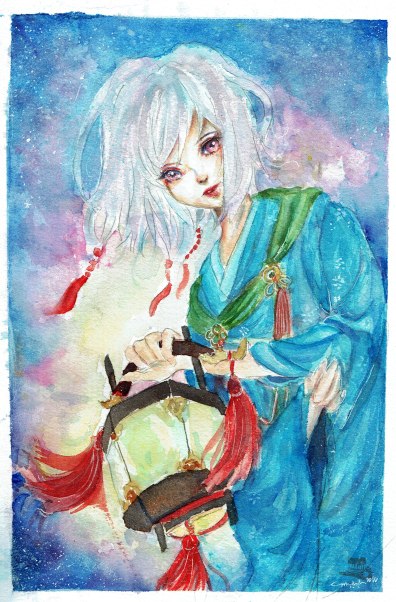 The next watercolor illustration is done one arches coldpress paper , 300 GSM. The painting turned out smoother than the first one although the background employed the same techniques of salting and wet on wet.

The painting is still a Matsuri painting where the girl is holding a lamp for a festival dance or parade. I did the galaxy background on it to show the evening sky. I was trying to emphasize the lamp light and I think I did ok with it. The hair was my biggest decision. I wanted somethign that wont distract from the rest of the picture and I hope I did the right thing by pulling in the colors of the bg.

I still have a lot to work on with folds and cloth and I need patience to do kimono design.

I think I will do more studies on cloth and learn more watercolor blending in the future. Hopefully I willmaster this illustration tool.

This site uses Akismet to reduce spam. Learn how your comment data is processed.